Anywhere you go in India, the city and town roads are bound to be challenging for a regular car. Potholes, undulating surfaces, busted water pipes, and plenty more. With a hatchback or a sedan you are likely to slow down or just circumvent the challenge. But in an Urban SUV like the Ford Ecosport, you don't STOP! 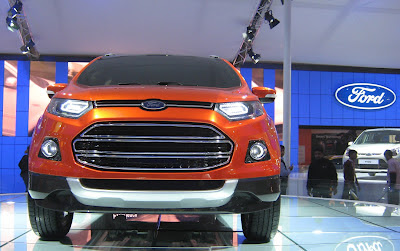 What's an Urban SUV? It's a regular SUV that gets you to your destination without any delays and offers you a smooth drive. The Ford EcoSport is tailor-made for the city roads as it offers 200mm ground clearance, and the ability to wade through water puddles by up to 550mm.

This means the Ford EcoSport is raring to meet the challenges offered by the Indian road infrastructure from the word GO! 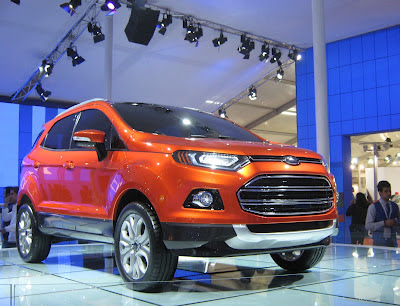 A compact SUV, or a mini SUV, the EcoSport is currently the buzz word in the auto world. Unveiled in the recently concluded Delhi Auto Expo 2012, it is scheduled for launch in India in the next couple of months.

With an all new 1.0 liter, 3-cylinder “ecoboost” engine that runs on petrol to generate 120 PS power, the Ford Ecosport’s got a top torque of 170 Nm. But what I really like about this compact SUV is its really low C02 emission levels that are 140g/km. With direct injection technology, the small sized engine offers excellent mileage. Expect mileage of no less than 20kmpl! 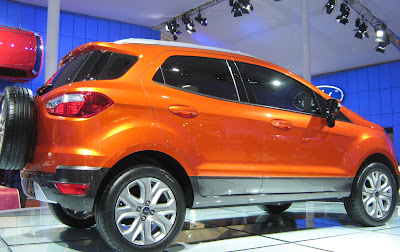 A front-wheel drive, the Ford EcoSport is built on the same platform as Ford Fiesta. The 4x4 option will not be available, but the ride is going to smoothen the stress lines on your forehead when driving on the rugged terrains in India.

While the EcoSport model has been available in the world market since 2004, the SUV will launch in India only sometime during the second half of 2012. 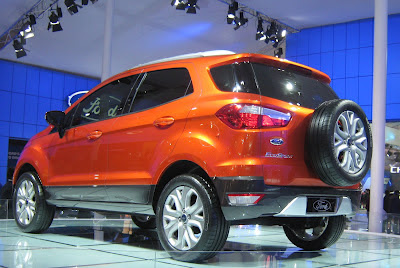 If you have liked what you have read so far about the Ford EcoSport, and now want to know the price, I can only tell you that the expected price range is between Rs. 9lakh to Rs. 12lakh.

I am clearly looking forward to the launch of this small-sized, 5-seater SUV, because with the entry of Ford EcoSport and Renault Duster, the SUV segment, that was currently above 15lakh, will now open up to one and all. 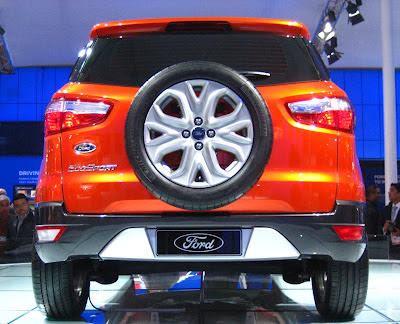 Update 25th September 2012 - All of you who have been waiting for the launch of the Ford EcoSport can now breathe a sigh of relief as Ford India has announced that it will roll out the Urban SUV, Ford EcoSport in early 2013 from their facility in Tamil Nadu.

Posted by Parul and Pallav at 8:30 AM