An Awesome Car Chase - The Perfect Way To Get A High!

Car chases are awesome! The sheer burst of adrenaline, when chasing a car, is a rush that can't be imitated ever. That high lasts for way longer than any other drug!

As I am a "car chase junkie" (well, there are all sorts of junkie, don't frown) I decided to share a video of a BMW 135i chasing a Porsche 997 Turbo. Nah, I won't be revealing the climax, so you'll have to watch the video right to the very end. Hey, it's just over 4 mins.

Trivia: Did you know that Germany is the only large nation in the world that allows unrestricted driving? What that means is, it has no set speed limits on almost all of its highways. Some parts of our country also don't have a speed limit like Andhra Pradesh & Maharashtra.

Even most German manufacturers like Audi, BMW, Porsche, Volkswagen, and Mercedes have been advocating "No Speed limits "on German highways and hence, the birth of phrase - Freie Fahrt für freie Bürger, which can be loosely translated into ‘free speed for free people’.

The best place to witness the super speeding of great cars is on the world famous, Autobahn. The video below is of a BMW 135i that comes with over 400HP, hard chasing a Porsche 997 Turbo. And guys, when watching the video don't forget to keep an eye on the speed-o-meter. At some point of time, the BMW touch just over 300 kmph speeds . . . and at that very point I had goose bumps on my arms. :-) 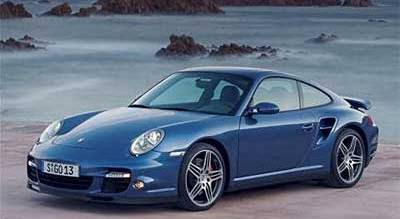 Finally, don't forget to share your thoughts on speed limits on Indian highways, and do these speed limits need to be changed with time or not!
Posted by Parul and Pallav at 4:30 PM