It is said that while choosing cars, men think with their heart, while women think with their mind. But is that actually true? Aren't there cars which make women go weak in the knees? The ultimate fantasy of every woman with serious feminine vibes? So here I go, giving you spiel about some effeminate cars and these she rides are surely gonna make you believe that women too love their rides! 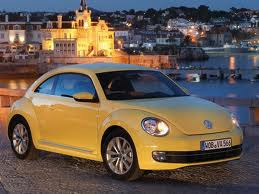 VW Beetle: Redesigned this year (2012) in an attempt to attract men, the Beetle is quintessentially a woman car. The earlier model with its voluptuous curves, rounded headlights, the flower vase and its bright and perky colors, gives off some seriously maidenlike vibes.The new-look Beetle has got rid of some of the voluptuous curves and the flower vase, it still retains its cuteness factor that attract women in hordes. The VW Beetle is a bug that women love! 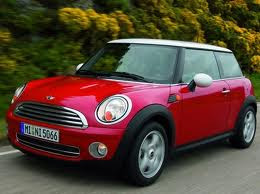 Mini Cooper: The small & peppy Mini Cooper is the next car in the chick cars list. Though considered a unisex car, its part of my list simply because it is so "Mini!" Though the hatchback is a crowd pleaser, but with the roof down, the convertible proves to be irresistible.Charlize Theron drove it in the Italian Job movie remake and it was hard to figure who looked hotter, the chick or the chick car!And its not just about looks.It is a fun and rewarding car to drive too. The car with its vibrant and funky colors is definitely on top of the list of the ultimate chick cars. 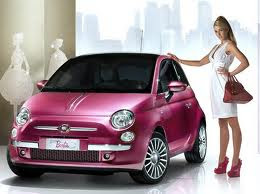 Fiat 500: It's small, it's sexy, its the Fiat 500. With mind boggling combo options in color and trim, it is a car in which a girl can show off her personal style. Make her own Car Statement. Think it's a 'man' car? Think again. Fiat came out with the Barbie edition to attract the women drivers and they hit bulls eye! The Barbie edition with its nail varnish paint exterior and interiors consisting of crystals, a vanity mirror, a glove box which has a range of lip glosses, has G.I.R.L.Y written in Bold, all over it's luscious body! 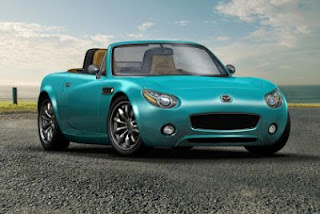 Mazda MX-5: The world's best selling roadster, the Mazda MX-5, often referred to as a girly car, is quick, cool, and sleek. Despite its small size, the roadster packs a punch and offers great handling. Its petite and delicate exterior and cozy but spacious interiors, are drooling factors for girls all over the world. 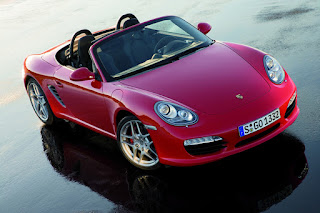 Porsche Boxster: This Porsche Boxster doesn't scream"for girls", but has women swooning at its gorgeous drop-dead looks. While an atypical Porsche, the Boxster stuns and runs with the power of any other Porsche. Comfortable, reliable, spacious, with an amazing performance and handling, this convertible is out and out a woman's car!

Guys, you are allowed to drool too, umm....at the cars! And some other drool worthy cars worth a mention are the Audi TT Convertible, BMW Z4 and the Renault Twingo. Have more cars that can be added to this list? Go on, send me their names.
Posted by Parul and Pallav at 2:33 PM