One of the most stylish small cars from the house of German automaker Volkswagen is now available in Carnation. Beetle 2.0 has L4 cylinders and delivers a maximum power of 114 BHP @ 5400 RPM. It has multipoint injection and reaches 0-100 KPH in only 10.9 seconds. Beetle cars were formulated by Adolf Hitler during 1938 as economy vehicles. Beetle underwent major changes for meeting the requirements of modern day generation. It's one of the finest looking small cars in the world. Mini Cooper is one of the major rival of Beetle in India. Designed for diehard fans, Beetle reflects class, luxury and history. Volkswagen Beetle 2.0 AT 2010 is now available in Carnation at Rs.13, 50,000. 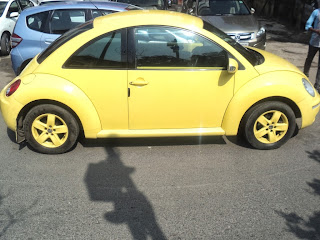 The yellow colour makes Beetle stand out in the crowd. The almost new Beetle exude charm, class and historic simplicity. 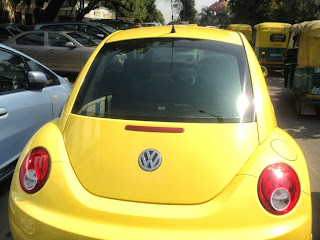 Mesmerize the onlookers with its urban appeal. The Volkswagen logo is conspicuous enough to charm its die-hard fans. 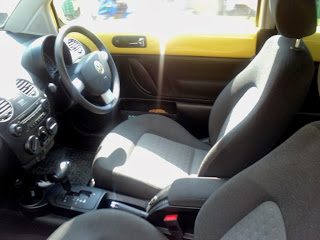 The Chic interiors has all the advanced amenities to lure the tech savvy. Comfort, design and luxury is the hallmark of Volkswagen.

Posted by Parul and Pallav at 1:25 PM