Carnation Enters Vasai, Mumbai with the Launch of Its 35th Used Car Showroom 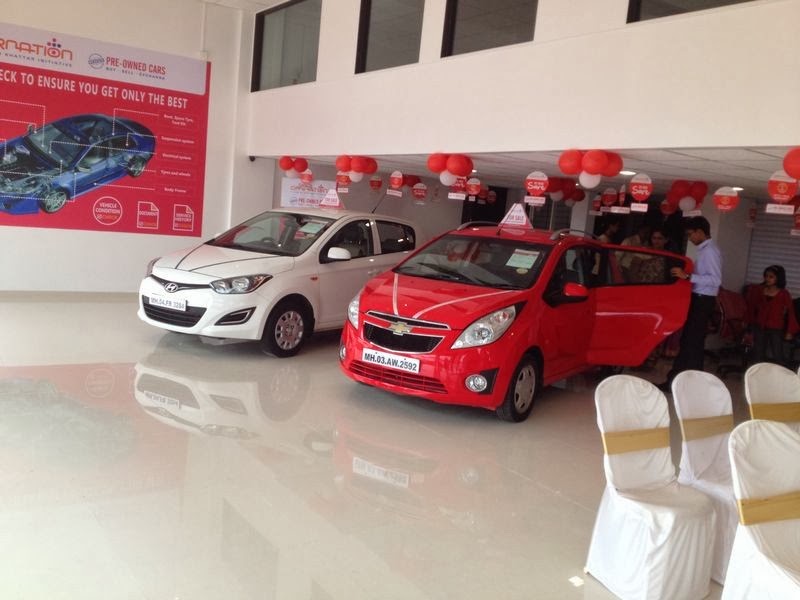 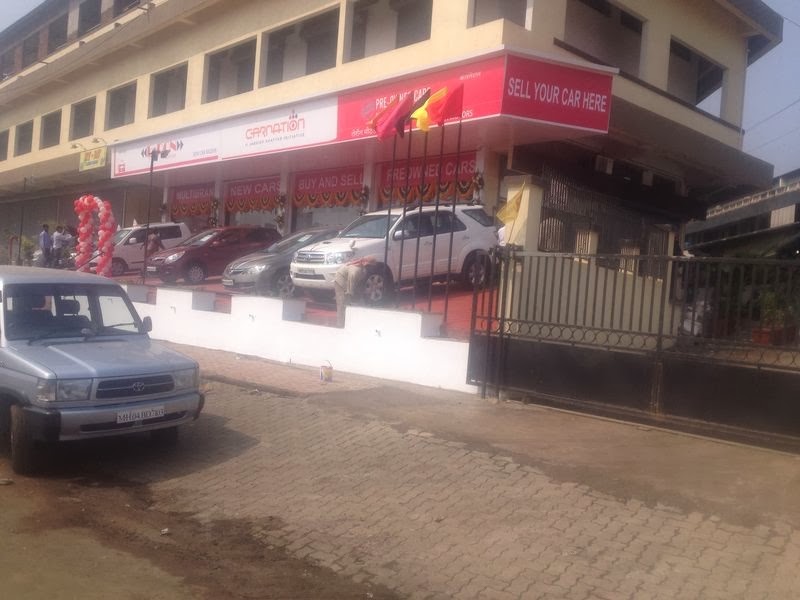 Customer satisfaction and value for money is the main objective of Carnation Auto. Collaborating with Leron Motors makes Carnation more reachable to its customers that consequently provide the discerning car buyers with more options on quality used cars in Mumbai. The stringent 118 point quality check and in-house refurbishment process at Carnation’s world class conveniences strengthen the brand in its promise to deliver the most reliable certified used cars. 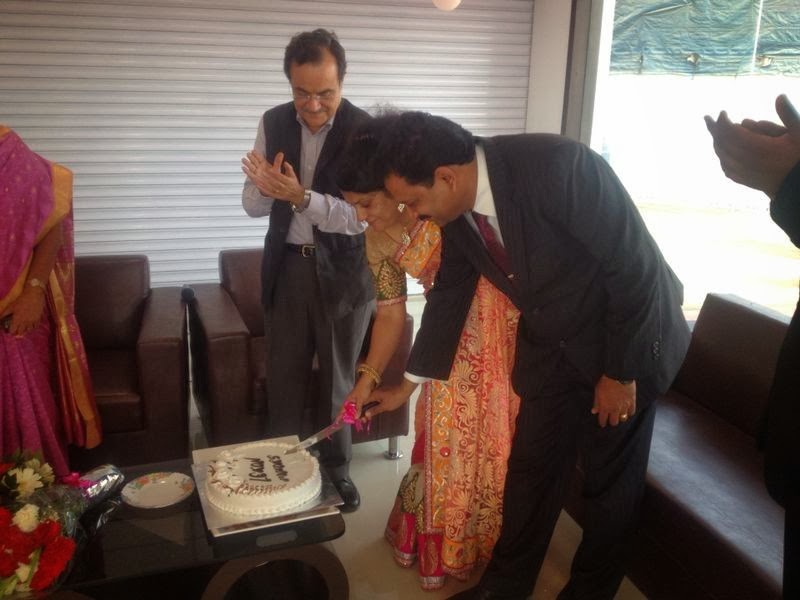 Speaking on the occasion, Mr. Jagdish Khattar MD & CEO Carnation Auto, commented, “The organized used car market is growing rapidly and I am happy with the fact that more and more people have shown interest to join Carnation. Certified used cars with warranty is no less than a brand new car. With the launch of this used car showroom in Vasai, we intend to cater to the surging demands for certified used cars in the Mumbai area.”Carnation Auto provides best certified pre-owned cars with an assuring 1 year comprehensive warranty and its signature 24/7 Carnation Assistance for Roadside Emergencies program (CARE). 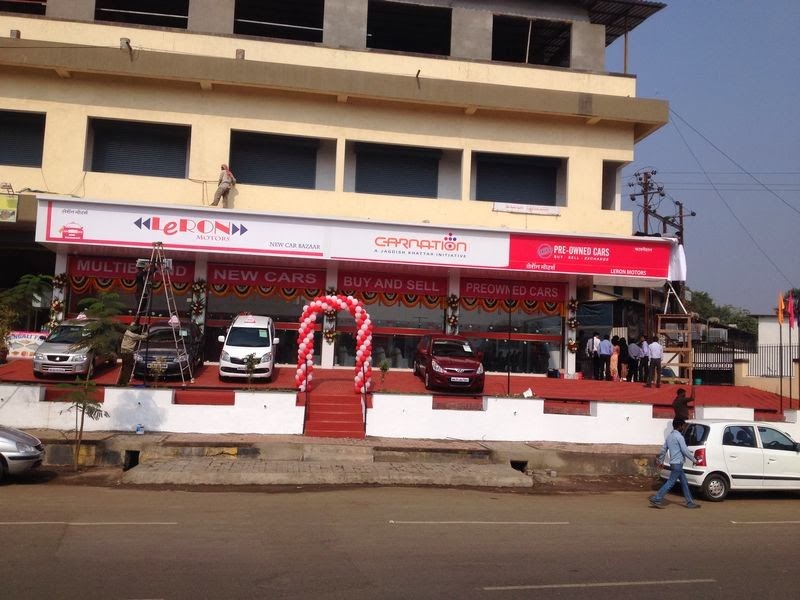 Posted by Parul and Pallav at 11:27 AM No comments: Links to this post 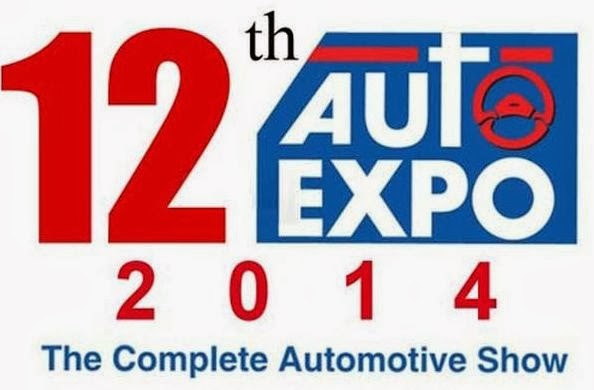 Hottest new designs and concepts will be revealed soon in India's largest motor show, which will be held in Greater Noida, Delhi on 7 Feb 2014. Delhi Motor show will have the best cars from all major brands. Almost all giants from the automotive world will showcase their best creation in this auto show. From auto enthusiasts to discerning customers, almost everyone who loves cars is waiting for this grand event. We have compiled a list of few showstoppers which you can’t ignore in this year’s Auto show. 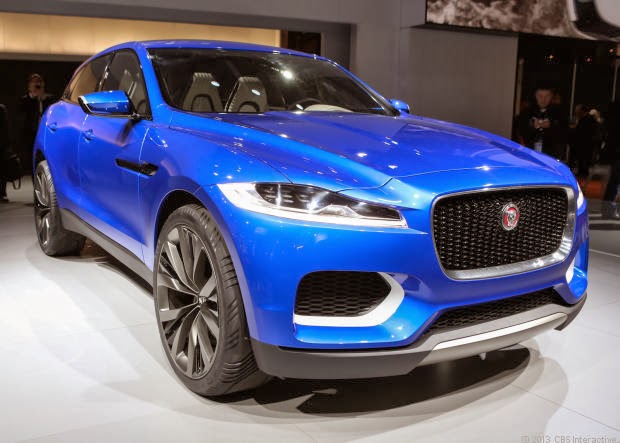 Known for constantly changing wardrobe in every motor show, Jaguar C-X17 is destined to create impact in upcoming Delhi Motor Show. With its all new advanced aluminium architecture, Jaguar C-X17 is designed to thrill the onlookers with its looks, speed and luxury. 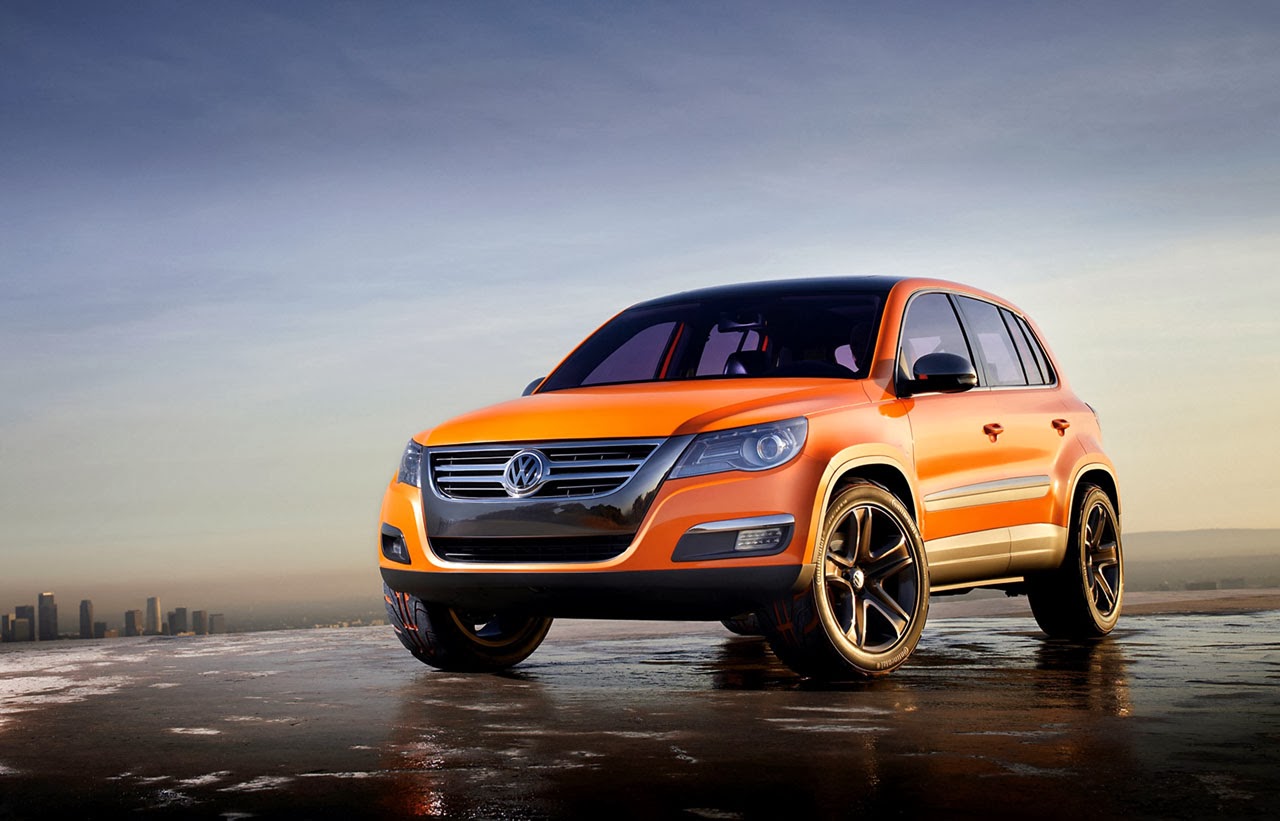 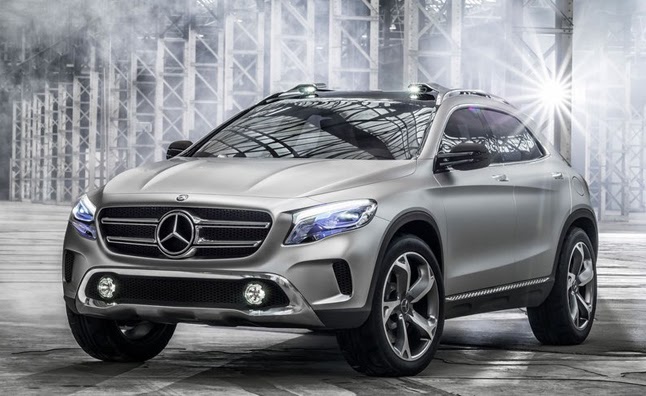 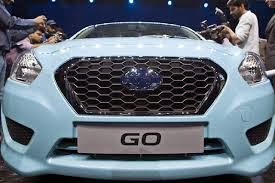 Datsun Go
Nissan is planning to showcase the most anticipated car of the year in the upcoming Delhi Motor show. Two models of Datsun will be exhibited next month. 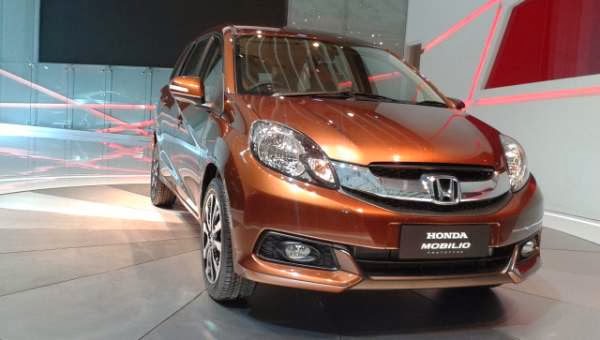 Honda Mobilo
With Honda Mobilo, the Japanese auto giant Honda is planning to dominate the MPV segment this year. This car promises to deliver 17.2 kmpl.

Posted by Parul and Pallav at 1:09 PM No comments: Links to this post 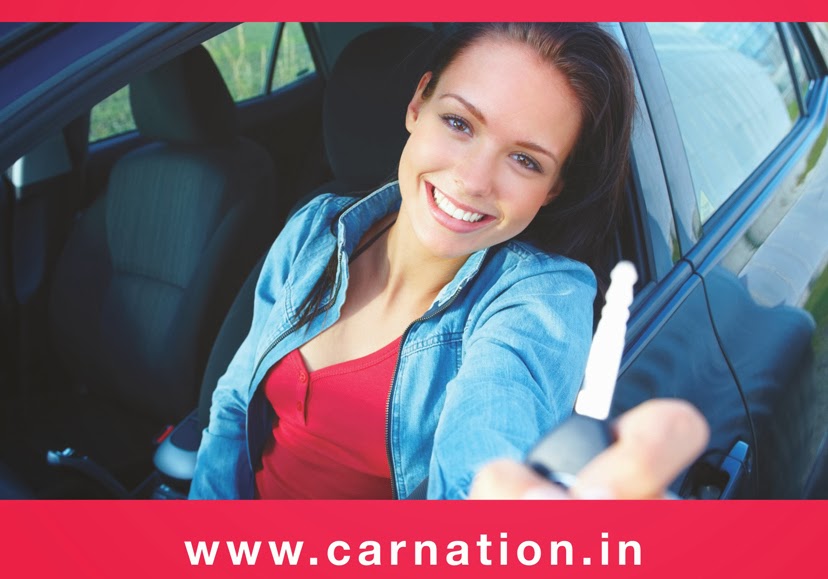 Carnation Auto used cars are reliable, good looking and affordable. All our customers are happy with the fact that Carnation does all the hard work before selling second hand cars to discerning customers.

Bridging the gap between reliability and affordability is the main aim of Carnation, which is why all the cars we procure goes through a rigorous 160 point check up.

Buying a well maintained sedan at the same price of a hatchback is the new trend and Carnation is playing a huge role to organize the pre-owned car market in India and delivering value for money.

We have compiled a list of quality cars in Chennai for your convenience. Buying a luxury car at affordable price is a reality now with Carnation Certified used cars. 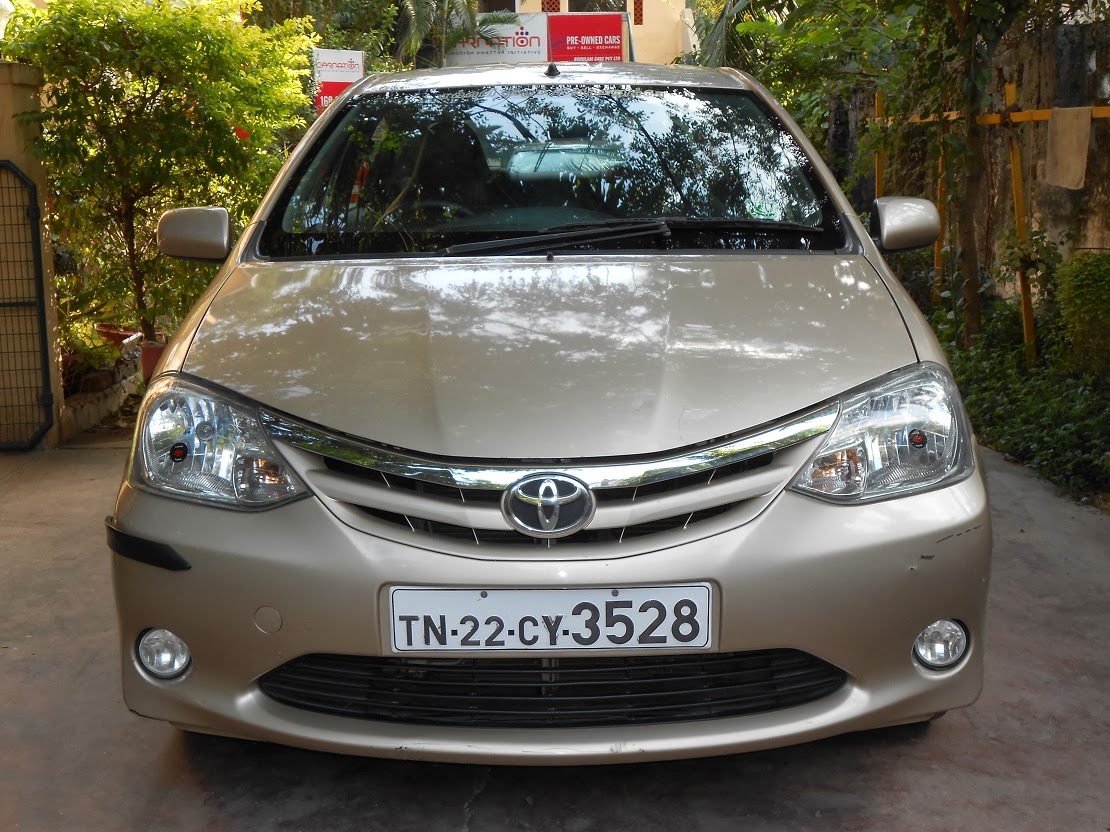 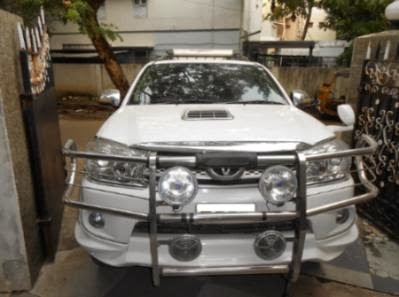 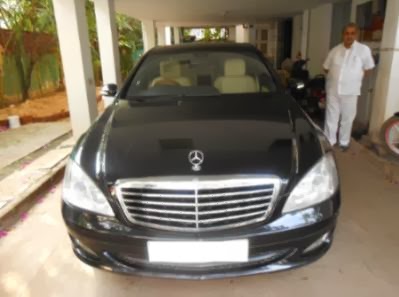 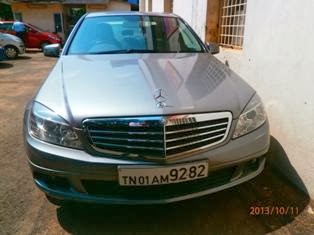 Posted by Parul and Pallav at 12:39 PM No comments: Links to this post 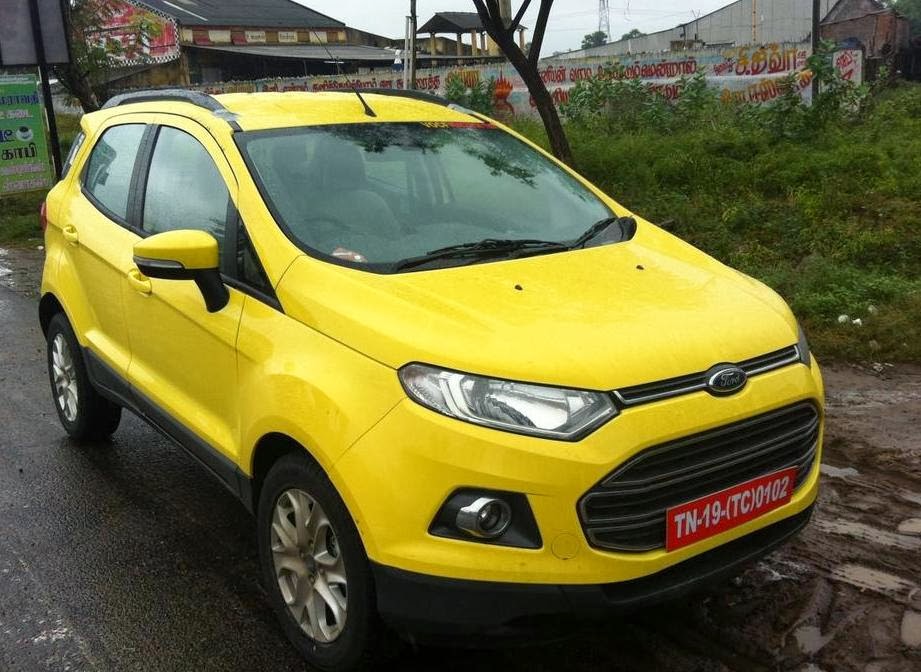 Ford Ecosport is one of the best selling cars of 2013-14. Undoubtedly, the mini SUV segment is doing very well in India. With the launch of Honda City Diesel, Ford now has a competitor. Although these two cars belong to 2 different segments, still there will be competition between them in terms of sales and popularity. When Honda launched Amaze last year, the competition was less in the mid size sedan segment. Amaze only had Dzire however Honda City Diesel has to face stiff competition from many cars like Sunny, Vento, Verna and also Ecosport Diesel. 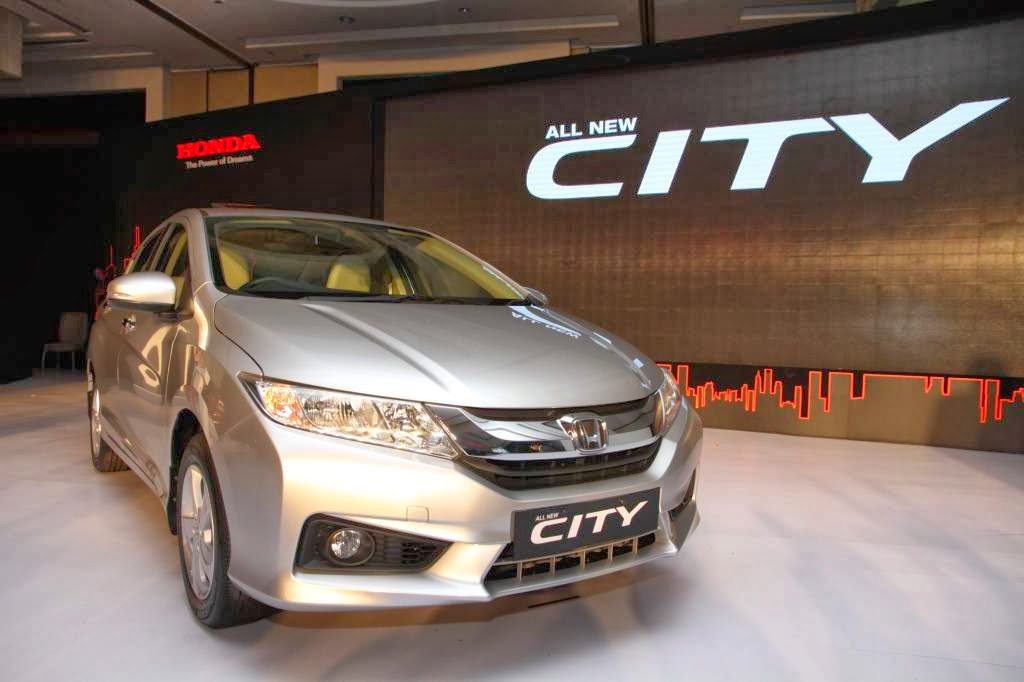 Both the cars have different body design however the quality of plastics used in Ecosport will let you down. The boot space of Honda City is 164 litres more than the New City. The interiors of Honda City exude sophistication and the brand new sedan has more legroom in the rear seats compared to Ecosport. On the road the New Honda City Diesel offers a pleasurable drive with its efficient six speed gearbox while Ecosport has well tuned suspension and can be good performer in the highways.

Ford Ecosport has many features to tempt an urban buyer however Ford made great compromises in power, space, boot space and interior space. Some of the common features between the two cars include in-car entertainment system, climate control air-conditioning, power windows and ABS. Some of the extra features available in Ecosport are leather upholstery, push button stop/start function, rear parking sensors, four extra airbags etc. Both the cars have appeal, style and features that will attract buyers however the New Honda City Diesel looks stronger than Ecosport. Ford Ecosport however will always be the favorite mini SUV in India.

Posted by Parul and Pallav at 5:29 PM No comments: Links to this post